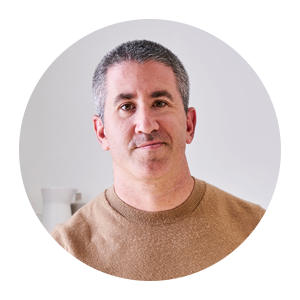 Chef and co-owner of the famed Zahav restaurant in Philadelphia, Michael Solomonov is a front-runner of modern Israeli food in the U.S. He’s received the James Beard Foundation’s triple crown over the years for Outstanding Chef, Cookbook of the Year for “Zahav: A World of Israeli Cooking”and most recently Outstanding Restaurant.

This year, the much-awarded Michael has awarded us with an unforgettable Hanukkah meal, exclusively available at Whole Foods Market. When asked about this year’s collaboration, he said he was excited to “share my tradition and my history and a little bit about my heritage.”

Using Israeli flavors integrated with his own modern techniques, the homey, familial meal has the Solomonov twist on a classic Hanukkah dinner.

Delicate matzo-crusted chicken cutlets spiced with hawaij — a blend of turmeric, cumin and black pepper — then fried crisp and served with a bright apple amba sauce.

Green Beans with Mushrooms and Tehina

First charred for deep, smoky flavors, eggplant is then mashed and simmered with onions, red bell pepper, paprika and coriander, and brightened by sherry vinegar and lemon juice. It’s so delicious, it’s the eggplant dish for people who claim they don’t like eggplant.

You can order Michael’s full meal or any of the dishes à la carte in-store or online starting December 3.

A Guide to Mushrooms and How to Use Them